INTRODUCING THE KEY FIGURES OF THE ROYALTI VIRTUE RECORD LABEL

As an independent record label that champions itself on “investing in the music and the talented artists that create it”, Royalti Virtue can be considered a label with a difference. Determined to work as one collective unit, while all the while producing music of several different genres, RV allow and encourage their acts to collaborate, innovate and be ambitious in their musical goals. Here, TITL meets some of the labels’ hottest artists and grills them on their artistic inspirations, plans for the future and how social media is helping boost their audience.

TITL: How would you each describe yourselves in three words?

TITL: What would each of you say is your unique selling point in terms of the music you make and how you’re making your mark on the industry?

Da’Rell: We are not just a label but a real family that push each other to live our purpose in life. We come together to make not only creative music from our own perspective but to also create other lanes for artists or people like us who needs a team by their side.

Darnell: I haven’t made or sold anything yet. I’m plotting but a move won’t be made for me till January.

WalkerDown: What makes us unique is that even though it’s young artists making the music, we stand out by sounding like us.

Dre: I give the people something to remember and think about by being passionate and creative.

TITL: Which band or artist would you each say you sound most similar to and is such sound intentional or just part of the creative process?

Da’Rell: I don’t know about artists I sound like but heard from my dad that I sound like Eazy – E or Too Short when I rap; I don’t hear it but I respect both artists. I really don’t try to sound like any artist at all but I do get inspired to be inspirational like those artists or like 2pac, Ludacris, Lil Wayne, Bone Thus N Harmony, Hopsin, Eminem, Lupe Fiasco and Andre 3000.

Darnell: I don’t think I sound like anyone. I try to shy away from that and try to be original.

Rob: Part of the creative process.

TITL: You’ve all worked together on the track “Billboard.” How did the collaboration come about?

Da’Rell: Well me, Dre D and my cousin Telly Boi Hogg was in the studio working on music and I always wanted to put Dre D on a song since we’ve never had before in two or three years of knowing each other. Plus I wanted to put his group WalkerDown on a song but the first pitch Dre D didn’t like so Dre D and my cousin Telly Boi Hogg worked on a beat Billboard beat together. I took it home and sent the chorus idea to him. He liked it, so I asked Darnell who I met from one of my business partners Ja`ni Griot to be on the song. We just put our verses on it and Dre D had an Idea to have all of us say the chorus which was perfect.

Darnell: I was asked for the feature. He played the song, so I gave him a verse.

WalkerDown: Well Da’Rell heard our first single “Wat It Is” and he said we would be a perfect fit for the song since we are an upcoming young group.

Dre. D: At first, I was like “I can help produce the track…” Then when I heard everyone snapping on it I was like ‘aw yeah put me in the game coach!’

TITL: What, in your minds, makes a great song and, which song would you say is the greatest ever written and why?

Da’Rell: I love content and what the artist is saying in each verse or the theme of the song. I can’t honestly say there is a greatest song ever written because there are so many artists creating amazing songs that touch me at different times. My favorite artist that I personally can’t listening to non-stop is Michael Jackson. There is also a new artist I like too, a Christian rapper artist named Seckond Chaynce. I would love to collaborate with him one day. He speaks about his faith and how we should stop doing wrong in the world. He can sing, R ‘n’ B, rap, gospel, rock and country. I’ve never heard an African American do all of them before.

WalkerDown: I would say once we know the concept of the song we’re gonna kill it. The best song to us is “WalkerDown” and that is because we are holding the name Walker Down for our family.

Dre: I like to tell stories to my audience because everyone I can say loves a great story with a dope instrumental behind it. The best song I’ve ever written was and is “Reachin” because I am dedicating the song to my city and my family.

TITL: In this technological day and age where everyone seems to know everybody else’s business, how do you feel about social media and how big of a part has it played in so far getting your name and music out there to an audience? Do you think it’s a necessary tool for artists today or is it still possible for you and them to achieve success without it?

Da’Rell: I love and hate social media. What I mean is I love the fact that we can see or read about other people’s success stories or know about their journey to success or what amazing things are going on in their lives but the bad side is that people can talk about so much negative stuff on social media which can suck because people a lot of times are more negative than positive or want to just pick on somebody else for no reason. Social media plays a big part in getting an audience now since pretty much everybody is on some type of social media site.

If it wasn’t for social media we wouldn’t have met our manager Mike Lemaic who lives in the UK and who is teaching us about the business in the industry and developing the label. Social media has perks and weakness which we have to deal with. Fans love to know about our personal lives but we shouldn’t spill every emotion to the public because sometimes people can and will use certain things against us for their own enjoyment. People need to and should watch what they put online.

Darnell: It’s a faster way of getting out there fast. It’s a better way to me that is.

WalkerDown: It’s very helpful because, with us being young, we don’t have to go to the streets; the streets comes to us. It’s also a necessary tool because it’s an easy way for artists to collaborate.

Dre: It’s helped me spread my message to the world. I think it’s necessary to have social media because the fans can hear new music every-day from a variety of artists.

TITL: What are your upcoming performance plans?

Da’Rell: We haven’t decided yet but once we gain the right fan base we can decide with our manager which places might work best. We really want to perform at Comic Con, Wizard Con and nerdy like places since all of us at and on the label watch anime and superhero shows.

Darnell: I can’t give that out right now.

WalkerDown: Right now we are in the process of getting a booking manager, so no we don’t have any at the moment.

Dre: Once I get enough music to keep the crowds moving, that’s when I will be setting up some dates.

TITL: There’s also an EP, due for release this month. Without giving too much away, what can you tell me about it?

Da’Rell: All I can say without giving spoilers is that the artists on the label did their things on this label project. We all have our own sound and unique creative musical art but the fact we can work together on a project like this tells we can do more in the future. We have five songs for the world to listen to as an introductory project for the label as each artist on the label is also working on separate music.

We’re giving the world that Royalti Virtue good vibe feel music with some young unique talents in different genres. We have special guests like Kim Cameron, Dre D, WalkerDown, Darnel Overstreet and Elevated Music who have helped put our project together with special features.

WalkerDown: First of all, it’s dope! It’s giving you an inside on what WalkerDown came from and what we stand for.

Dre: It’s crazy that you mention that because my latest EP “Nuthin Else Matters” was released in March too, but with this EP I’m touching the people inner self-consciously.

TITL: Finally then, individually, both personally and professionally, what are your ambitions for 2018? What goals do you hope to achieve and where do you see the music industry going in the coming year?

Da’Rell: My personal and professional ambitions for 2018 is to spark the world and young or older artists to create a team and make their dreams come true. The label wants to tour and collaborate with other artists making unique music. My goal is for the label to be heard internationally and to hopefully start touring by the summer time or at least do some shows with the whole roster. Another goal is to hopefully be on radio stations and gain a lot of fans from around the world with and for each of the Royalti Virtue artists.

Darnell: By the end of this year, I plan to move from my home state. I will also be putting the time into my music with proper marketing and promos. I can be in a great place by the end of next year. The bars are there and I finally found my voice. Maybe a name as well. But as a collective – my team and I will strive to reach the top.

Rob: My ambition is to strive for greatness in 2018. I hope to make a name for WalkerDown in the industry.

Jay Rock: My ambition is to have the name WalkerDown in everyone conversation. I hope that you’ll see us LIVE and I can see the industry welcoming new young artists like us WalkerDown!

Dre: To give the fans more visual and positive music. I hope that someone will understand my drive for the music industry; and the industry will open up for Indiana artists!

INTRODUCING THE KEY FIGURES OF THE ROYALTI VIRTUE RECORD LABEL

#OpenRoads Which road are you going to take....!? 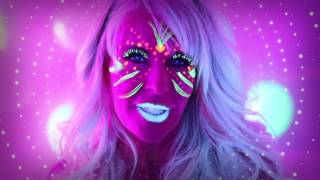 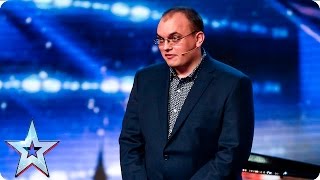 AN ALCHEMY WHERE CLASSICAL MEETS THE JAZZ” 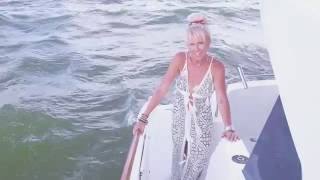